Even if we live to 100 years or more, will we age in good health? Can we delay the deadline of our aging? Researchers are looking at the fight against aging and the prolongation of life. Also, large companies in the cosmetics sector are many to offer anti-aging solutions; some are revolutionary. What is it?

Transhumanism (or post-human), a solution to age better? 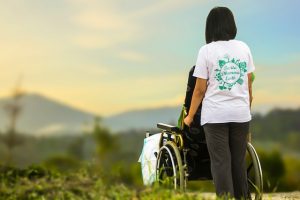 It is an interdisciplinary cultural and intellectual movement that seeks to overcome our physical and mental limitations to develop our human capacities through science and the use of technology. It’s about perfecting the human condition. It is a concept still unknown to the general public even if it went back to the 50s and was popularized in the 90s.

Transhumanism regards disability, suffering, illness, aging or death as unnecessary and undesirable and proposes to remedy it. Researchers are using the convergence of several NBIC techniques (Nanotechnology, Biotechnology, Computer Science and Cognitive Sciences). Nanotechnology brings together all the methods at the atomic and nuclear level. Biotechnology is a fusion of biology and technology. Cognitive science aims to understand the functioning of the human brain fully.

According to transhumanists, the technology could lead to an “augmented” man halfway between man and the humanoid robot.

Google has decided to tackle old age and disease through the project of its company Calico created in 2013. It is one of its subsidiaries specializing in biotechnology dedicated to the fight against aging. Google’s goal is to become the leader of transhumanism and extend the life expectancy of humans. Well-known business leaders in Silicon Valley are also interested in prolonging life.

This movement raises ethical questions. Can we play with the laws of nature? Will we have all the financial capacity to offer such technologies? How to manage an increase in life expectancy? Will not that contribute to a decline in fertility? How to handle the natural resources of our planet with such a predictable rise in population?

Innovations in anti-aging solutions to fight against skin aging

Leading cosmetics brands have hired biologists to develop solutions to slow the effects of aging. The anti-aging industry market represents a significant segment in cosmetics. The global anti-aging market was $ 140.3 billion ($ 116.8 billion) in 2015 and is expected to reach $ 216.2 billion ( around 180 billion euros) in 2021.

Even the users are mainly women, the cosmetics market for men is growing. Scientific innovation has become a new challenge for beauty.